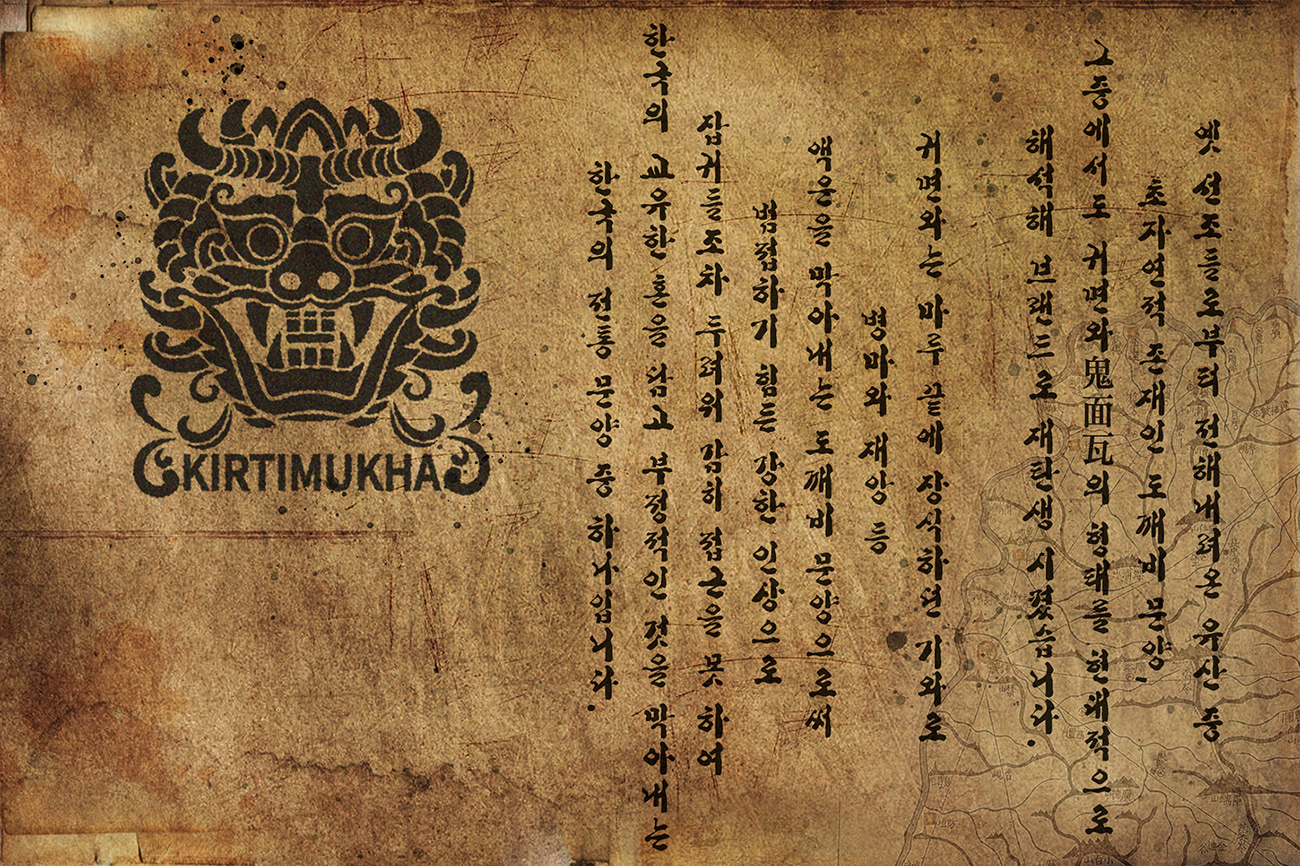 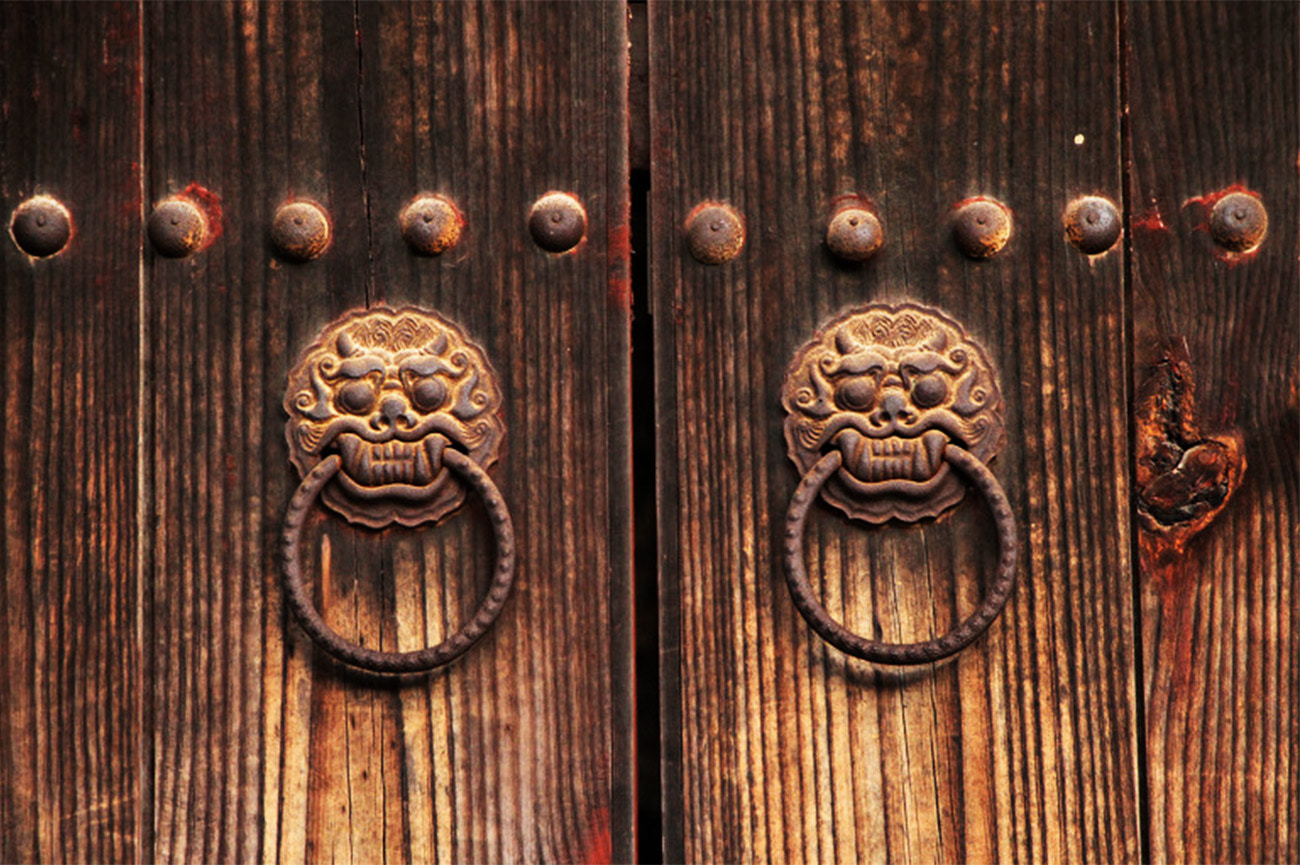 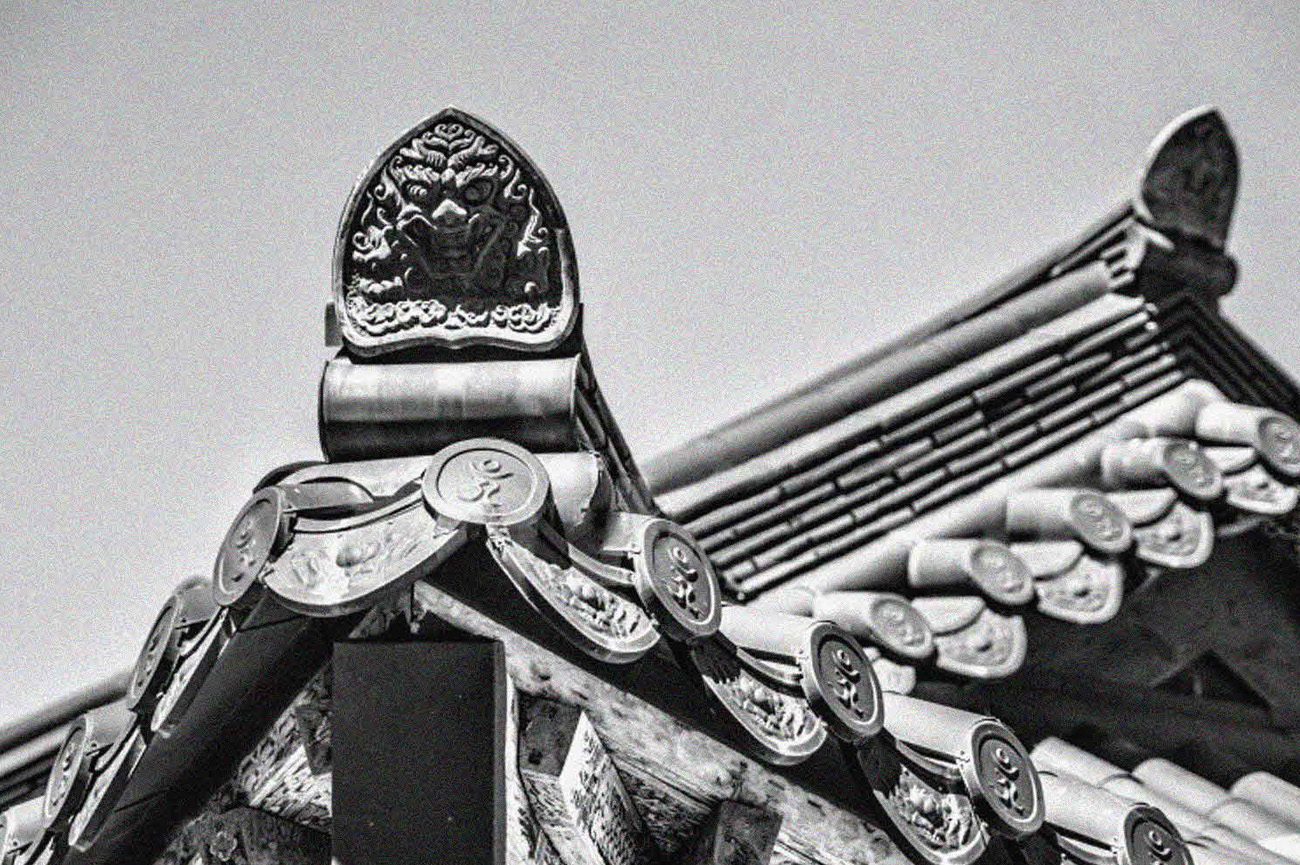 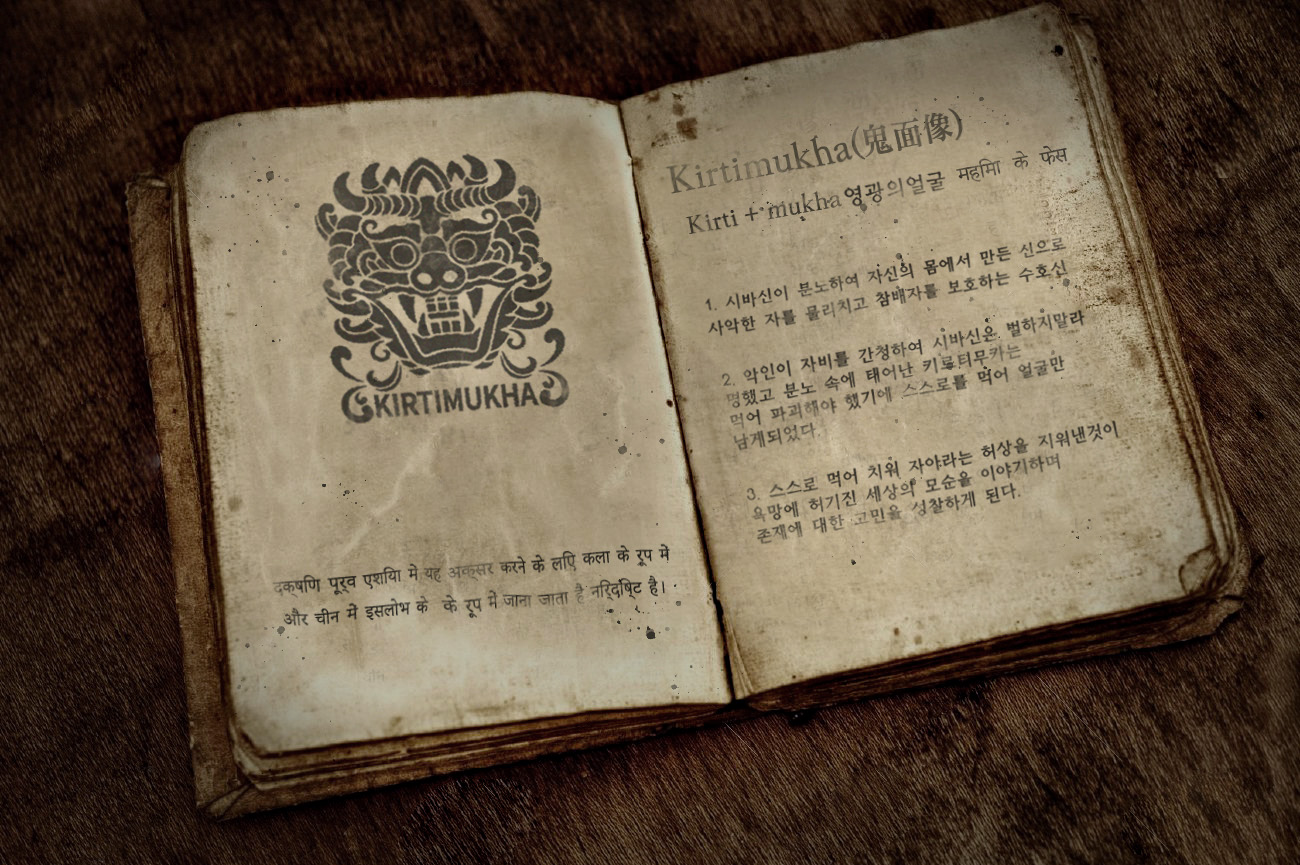 Kirtimukha (Face of glory/glorious face) is the name of a swalloing fierce
monster face with huge fangs, and gaping mouth.
It is a common iconography of Indian and Southeast Asian temple architecture. In Southeast Asia it is often referred to as Kala and in China it is known as T'ao t'ieh (Monster of Greed).
Kirtimukha's legend is from Skanda Purana, when an all-devouring monster created from Shiva's third eye willingly ate his body starting by its tail as per Lord Shiva's order, who was so pleased with the result he gave it the name 'face of glory'.
Kirtimukha is used as a decorative motif surmounting the pinnacle of a temple or the image of a deity. Its face is usually confused with another sculptural element,
the lion face(Simhamukha).
The distinguishing factor is the face is engaged in swallowing.